The Haifa – Moria Rotary Club was established by members of the Carmel Rotary Clubs ( N\A Willie Aptowitzer, Israel Stockman and Dror Alon ) and with the (encouragement of the Rotary-Haifa Club N\A Shimon Khalifa ).

On 25.05.84 the Rotary movement’s global president signed the charter and on 1.09.84 the Dan Carmel Hotel held the charter ceremony.

Our friend Lenny Cardon Past President co-founded the club with Joe Rosen P/P and recruited members who established the "nucleus" from which the club grew. 15 members attended the club's inaugural convention at the Shulamit Hotel in Haifa on February 19, 1984. On Monday, May 13, 1984, the first business meeting was held and attended by the late governer Tuvia Lavie , and the late governer David Neumann, who was responsible for local development and supported the club, even trying to influence the choice of name. The name eventually became "The Haifa-Moriah Rotary Club" (there was a variety of suggestions such as Haifa-West, Haifa-East etc).

The club’s activities mainly focus on helping others in need of institutions such as battered women, the prisoner rehabilitation authority, the human club, the Cancer War Association, scholarships for needy students and outstanding employees , legal arbitration and many other activities. 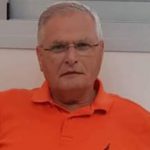 President of the club

Secretary of the ciub 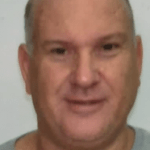 Treasurer of the club